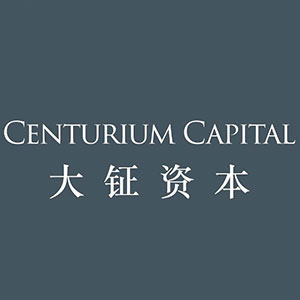 China’s less-than-truckload logistics market, which sits in between express couriers and big truck operators, is ripe for consolidation. GPs have identified their favored players.

This story was written and published by Asia Venture Capital Journal at: https://www.avcj.com/avcj/official-record/3023087/deal-focus-ane-logistics-targets-an-attractive-middle

The recent $300 million round for ANE Logistics represents the continuation of a trend. It is the third large large-scale deal in 12 months in China’s less-than-truckload (LTL) logistics space, where capital appears to be coalescing around the three market leaders.

In addition to ANE’s round – which was led by CPE – SF Freight, the LTL arm of local courier giant SF Express, received $300 million from CITIC Capital, CDH investments and Legend Capital, while the likes of Boyu Capital and Hopu Investment piled into a RMB1 billion ($154 million) extended Series D round for Yimidida.

LTL operators occupy the logistics industry’s middle ground. They typically carry goods 30 kilograms and 3 tons by road; too big for the express parcel players and too small for full-truck-load carriers. “You can distinguish between the three segments in last-mile delivery by vehicle type,” says Jeff Wang, chairman of ANE. “It’s motorcycles for general parcels, vans for LTL, and trucks are full-truck-load.”

Buoyed by e-commerce, express is the most developed segment and the most concentrated. The likes of SF Express, YTO Express, ZTO Express, Yunda Express and STO Express dominate in terms of market share. By comparison, LTL and full-truck-load remain fragmented.

“The market share of top LTL companies is only in the single digits, the market is in urgent need of consolidation. Traditionally, mom-and-pop shops and provincial and regional players have occupied the mainstream, but they have a relatively low standards in providing complex logistics routes, information systems and service quality. Emerging nationwide logistics firms are replacing them,” says Michael Chen, a partner Centurium Capital.

He compares the opportunity set in LTL now to that in the express segment several years ago. In 2019, Centurium committed $300 million to ANE.

ANE claims to be the number one LTL player by shipment volume, with most of its customers coming from manufacturing, distribution, and e-commerce. While e-commerce has spurred express business, it only accounts for 20% of the ANE’s orders. Flexible manufacturing – the consumer-to-manufacturer (C2M) model, characterized by small batch, high frequency deliveries – is the real growth driver.

“Today, a factory delivers to thousands of stores directly instead of to 10 distributors. The key to this evolution is to remove the inventory and increase the circulation efficiency of supply chains,” says Wang.

ANE is positioning itself as a one-stop-shop to capitalize on this trend. It plans to extend service coverage to mini parcels as small as 15 kg, while simultaneously strengthening its network in villages and small towns. “The competitive edge is no longer making timely shipments to Guangzhou and Shanghai. It’s whether you deliver fast enough to Aksu or Qiqihar while keeping your costs low,” says Wang.

The company operates 140 transhipment centers and manages over 26,000 partner outlets and agents covering 96% of China’s townships. More than 4,000 vans are sent out every day. Its daily peak truckload has surpassed 50,000 tons.

However, this ascent has not been trouble-free. ANE entered the LTL space in 2010 and became the market leader in 2016. It decided to expand into express services the same year. Challenging the incumbent giants turned out to be a strategic mistake. ANE entirely exited the segment in early 2019 and refocused on LTL.

“We backed ANE because we invest in market leaders. We’ve known the management team for a long time, and we have confidence in them. The company has further solidified its leadership position in LTL in the past few years,” says Chen.

ANE’s immediate priorities include improving operational efficiency. If a typical truck has capacity of 130 cubic meters and carries 30 tons, the goal is to make full use of the space without wasting weight capacity. But geographical demand patterns are uneven. Xi’an is known for producing apples and a truckload of apples weighs less than 30 tons. ANE therefore offers discounts on shipments of heavy goods. A similar promotion for light goods would be launched in a region with high ironware output.

“We have accumulated a lot of data and our system automatically generates price quotations for different places during different seasons. Our full-load-rate could be 5-10% higher than competitors, but I get a 40% increase in yearly volume through cost advantages,” says Wang.

ANE claims to be the only LTL company in China to realize a profit, generating annual net income of several hundred million renminbi. Wang stresses that profit is more important than scale.

“The operational efficiency gap between the top LTL players will continue to widen, just like in express,” he explains. “Scale rankings mislead investors. When the evaluation model moves from price-to-sales to price-to-earnings, two players might be of similar scale but one has a 20-30x larger market capitalization than the other.”

ANE’s cost control solution is to pursue a franchise model, with franchisees mainly responsible for last-mile-delivery and collecting returned goods from customers. “ANE pioneered the franchise model in LTL, and it’s a proven model,” Chen says. “It’s actually a platform approach. Each franchisee’s IT system is deeply integrated with ANE, so delivery speed and routes can be monitored.”

However, franchising doesn’t necessarily work for intercity fleets. At present, 40% of ANE’s transportation capacity is operated directly and the goal is to reach 70% by the end of this year. This initiative is expected to deliver further cost savings by increasing mileage per truck by 30%. The key is that a centralized fleet can operate across multiple routes, while a collection of third-party service providers cannot.